Birds of a Fascist Feather: Why Israel Is Aiding Colombia’s Crackdown on Protesters BOGOTA -- For exactly one month now, a nationwide strike has crippled Colombia and has been met with deadly repression by the far-right government of Ivan Duque. As trade unions have shut down major cities, halting mass transit and bringing economic gridlock to the country, government forces have responded with violence. According to government

END_OF_DOCUMENT_TOKEN_TO_BE_REPLACED

Major arms and aircraft manufacturers — Boeing, Lockheed Martin, and Raytheon — are reaping massive profits from Israel’s assault on Gaza, and all are expected to see their earnings boom with the quarter-billion-dollar arms deal the Biden administration is trying to push through. 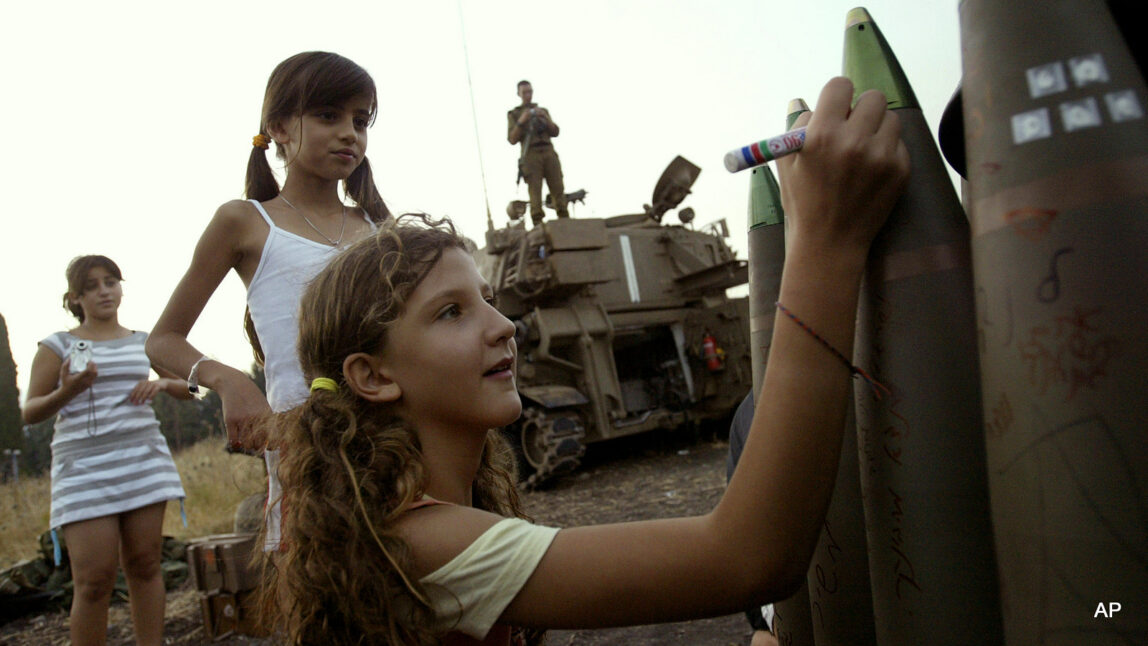 GAZA — As diplomatic powers and regional players meet behind closed doors for ceasefire talks, Israel continues showering Gaza with missile fire. Israeli airstrikes have so far killed at least 230 Palestinians, including 65 children, and injured 1,710 others. The heavy bombardment has also wiped out entire residential buildings and houses, leaving

END_OF_DOCUMENT_TOKEN_TO_BE_REPLACED

New figures from the UN and the Stockholm International Peace Research Institute show that since the war in Yemen began, the US has sold over $13 billion in high-tech weapons to Saudi Arabia, making the Kingdom a cash cow for US weapons makers. Despite presenting itself as a force for good and peace in the Middle East, the United States sells at least five times as much weaponry to Saudi Arabia than aid it donates to Yemen. The State Department constantly portrays itself as a humanitarian superpower with the welfare of the Yemeni people as its highest priority, yet figures released from

END_OF_DOCUMENT_TOKEN_TO_BE_REPLACED

Is the European Union Qualified to Broker Peace Between Israel and Palestine? In theory, Europe and the United States stand on completely opposite sides when it comes to the Israeli occupation of Palestine. While the US government has fully embraced the tragic status quo created by 53 years of Israeli military occupation, the EU continues to advocate a negotiated settlement that is predicated on respect for international

END_OF_DOCUMENT_TOKEN_TO_BE_REPLACED

With an Eye on Nearby Iran, Israeli Weapons Fuel the Violence in Azerbaijan

Hoping to profit, protect an important source of oil, and to antagonize nearby Iran, Israel is selling drones and weapons to Azerbaijan, fueling the conflict in Nagorno-Karabakh. The latest iteration of the Nagorno-Karabakh conflict, which has already claimed the lives of dozens of people, had been largely forgotten by the world before hostilities reignited in September. Only the collapse of the Soviet Union was able to bring about the end of the last war between these entrenched enemies in the 1980s and 1990s. Now, almost

END_OF_DOCUMENT_TOKEN_TO_BE_REPLACED

Four Years Ago, US Bombs Killed Hundreds at a Yemeni Funeral. Those Bombs Are Still Used Today

The bombing of the Al Kubra Funeral Hall was the deadliest single attack in Yemen’s six-year war, but it wasn’t the first Saudi attack on a civilian target using American weapons, nor was it the last. Ten-year-old Ahmed Radwan al-Khazan holds his father's photo in one hand and a wilted rose in the other. He sits on a chair surrounded by rubble and ash in what is left of Mourning Square. Dozens of children, along with their young widowed mothers, are perched on dozens of rows of chairs under a very long tent, its shadow cast across the wreckage